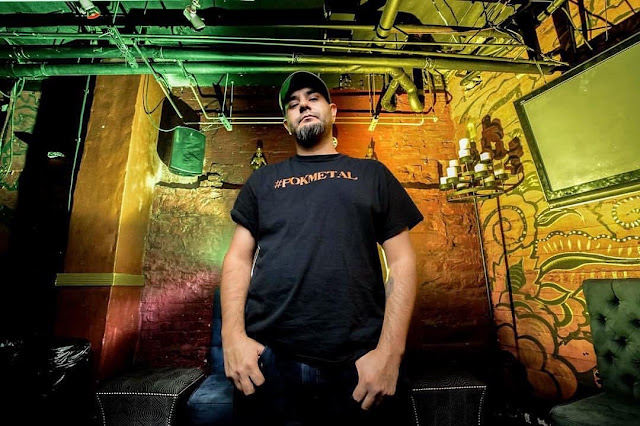 Photo by Rodrigo Terco
I've been musician since I've turned 14 years old. My Mom bought me a beat up drum set and here I am.
In 1992 I've had my first studio recording experience, the result of that was 'Atrocity Not Condign', the first demo of what have become my life time project, Pirosaint.
After that it's been in and out for many reason, mostly the lack of time from my part and always something that is beyond my control but in between of of it, some cool stuff have been done.
In 1994, I recorded the second demo of Pirosaint called 'Infected Dreams'. I played the drums on it but also I wrote the lyrics and mostly of the bass arrangements.
In 1997, I've pushed my way through everything after some of the other original members decided to leave the band pursuing something more popular in terms of audiences. I have always done what I do, what I feel, so trying to be someone else or be a copycat of it has nothing to do with me and my ways of doings things. I recruted a bass player (Jose Jara) and a classmate (Alfredo Vicencio), and with them along with my older friend in music, Gonzalo Rodriguez we recorded 'New God' EP.
In 2001, I've kept pushing my way through the music scene in Santiago, Chile. It was weird because I really didn't fit with the whole thing... I just wanted to play metal and be better at it. So after I decided to disband Pirosaint because of the exhaustion of doing most of the work, I went to play drums to another band.
Primate was an established band and I recorded the drums tracks for their second album called 'Virusscanning'. Unfortunately, pressing matter in life took me away from the whole release of the album and I never got the chance to play those songs live, for now... :-)
In 2006, I've met a German guitar player and with him we work on his vision of metal, Bing Bling Blang.
It was a mixture of Scorpions meets Rammstein. It felt a new thing with guitars and solos. We went to record an album to Millbrook Sound Studios in NY. There, I recorded 12 tracks including a cover for 'Le Grange' of ZZ-Top. Unfortunately, that never saw the light and after some years those tracks were lost. Some important members of the band have disappeared from the map. I did learn a lot during those years. Drums, triggers, click track and more. 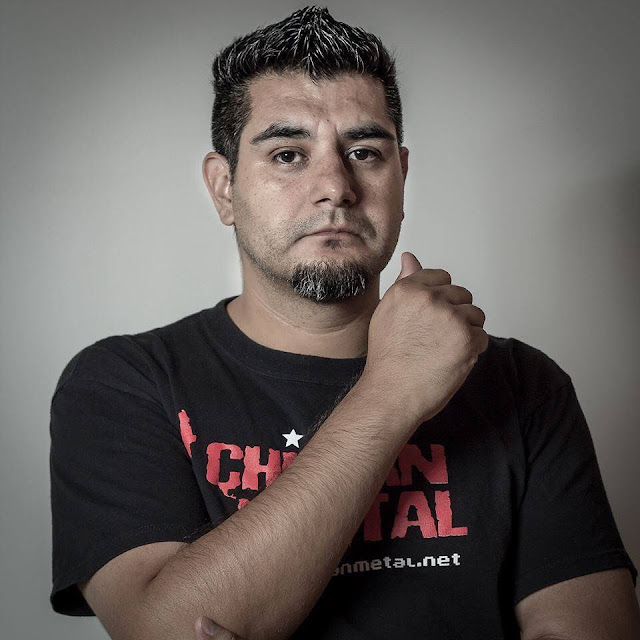 Photo by Rodrigo Terco
In 2008, I have performed at the biggest show so far in my entire life… Dowfire was supporting Bret Michaels singer of Poison at unreachable The Civic Center in Poughkeepsie, NY.
All of that happened because someone saw how hard we worked as a  band. In fact at that point only 8 local bands had played there since its opening, and of course i was the first Chilean ever done it. Twister Sister got signed after a show at this venue, it was that important.
In 2009, I recorded an album with another NY band called 'Downfire'. I started to play with them in 2007 after Bing Bling Blang. I was ready to give up my drumming when I received the call. Saw them on a Saturday, Rehearse with them on Tuesday and then play live Friday, Saturday and Sunday the next weekend. It was wild. With them we played the area of Poughkeepsie, NY like crazy maniacs, we wanted to own the place. So we recorded 'Damnation', what will become their second album.
I also played on live TV with former Metal Church singer, Ronny Munroe. He was promoting his debut solo album and have gathered some local musicians and there I was performing his material and also come classics from Metal Church.
In 2010, With Downfire we went on a mini tour with former Metal Church singer, Ronny Munroe around NYC and NJ.
In 2011, I left the band Downfire, because of musical and personal differences. And the same month, I received a called from heavy metal veterans, Sacred Oath from Connecticut. They needed it a drummer for the upcoming tour as their original drummer had a back surgery. With them, we went on a tour promoting their album 'World on fire'. We performed in Chicago, Philadelphia, Connecticut, NYC.
In 2012, the band Pirosaint was officially reformed. I had been practicing with Ron Buckner since the Downfire days and now I had met Bill Smith from Sacred Oath so we just needed a singer. After a while no one seemed to fit in the band's style so I asked my old friend Gonzalo Rodriguez to help us out recording some demos. With him on board we recorded 2 singles 'A new yesterday' and 'Tonight'.
Unfortunately, he had an accident and that made him to leave the project. In the meantime, I formed Quemasantos. The Spanish version of Pirosaint, but the idea was to make new music... and we made a couple of Spanish version of some of our tracks. 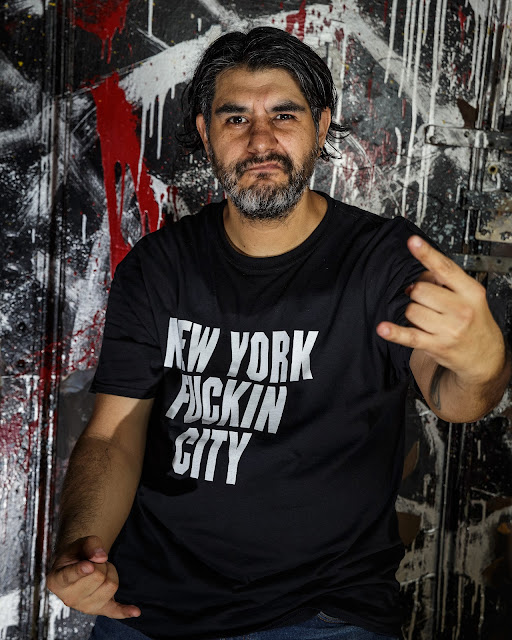 In 2013, While I was doing the re edition of the demos on CD, 'Infected Brutality', we've met Billy Vanders who showed some interest on our old material.
In 2015 - 2016, Pirosaint including Bill Vanders went out to play live and we did it a lot, all around the NY area. Albany, NY - Amityville, NY - Queens, NY - Poughkeepsie, NY - Kingston, NY - Middletown, NY, more and more.
In 2016, I formed All Angels Massacre with some friends from other countries. The idea was to create music with no pressure and release them as we went on.
In 2018, I've moved to Manhattan from Poughkeepsie for work reasons and that made things slower than usual but we kept moving forward. I worked on the rereleased of 'New God' EP mastered and all.
In 2021, Gonzalo Rodriguez came back to the project. Billy Vanders never actually fit the band, he was into things that we were not doing so ended up leaving.
So, Gonzalo took his own place and started his vocals from scratch. We had worked together on them for a while, he knew what we need it plus he is the sound of the band. We were super happy that he was OK and alive doing music with us, again.
We have finally released 'Know Thyself' in August.
In 2022, Quemasantos had accumulated enough material to put together an album so we went for it and released it in April. Along with a music video and all the press that we could get.
There has been a lot of things that  I haven't listed here... these things are not ready yet to be shared. I hope you can see that I am a drummer 24/7 and I live my life of husband and father and all in between of all of it.
A blessing and a cursed to be a musician. 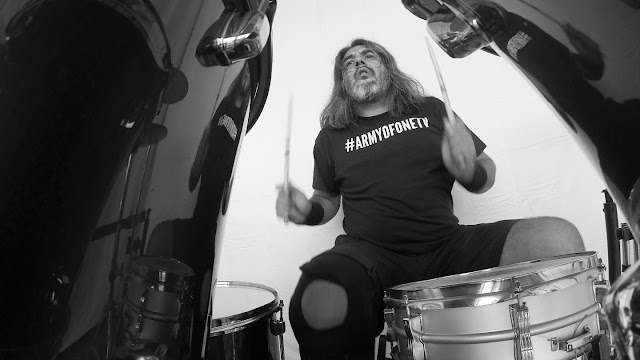